It’s important that as researchers and brands working in the children and youth industry we recognise that children have their own experiences and ideas that are influenced and shaped by what they are exposed to in life, and that this evolves with society. We must keep up with these changing social attitudes, or risk being left behind.

Opening children's mind from a young age and reflecting the 'real world' encourages children to celebrate diversity, promotes compassion and self esteem, and is generally what children want to see.

There has been a noticeable increase in celebrating diversity and being inclusive in society. As children and family brands and organisations, we have an important responsibility to construct positive and inclusive attitudes. What can we take forward from current developments? Here's a few of our favourites...

Some examples of companies that are pushing the boundaries and taking steps to promoting diversity and inclusivity are:

Barbie was once shamed for promoting unhealthy, rigid expectations both physically and behaviourally. Equality and inclusivity have been an ongoing battle for people who are either misrepresented or unrepresented via toys, products, and media, and therefore it is essential to confront these issues at a young age, so children are exposed to things which are reflective of the real world.

Mattel's new Barbie dolls tackle two major societal issues regarding diversity and gender stereotypes. From a study about girls' attitudes (Girls Guides, 2019), 41% of girls reported that they feel as though there is too much focus on their looks and not what they do. There has been a noticeable shift in discourse for toys aimed at girls, which can be seen in the Barbie's range of diverse dolls, including an Inspiring Women range. The range challenges stereotypes and promotes a multidimensional view of beauty, allowing all types of young people to feel represented and accepted, as well as exposing children to positive and inspiring role models. It allows children to find a doll which they feel represents them as an individual and encourages them to tell their own stories as stigma around differences is alleviated. 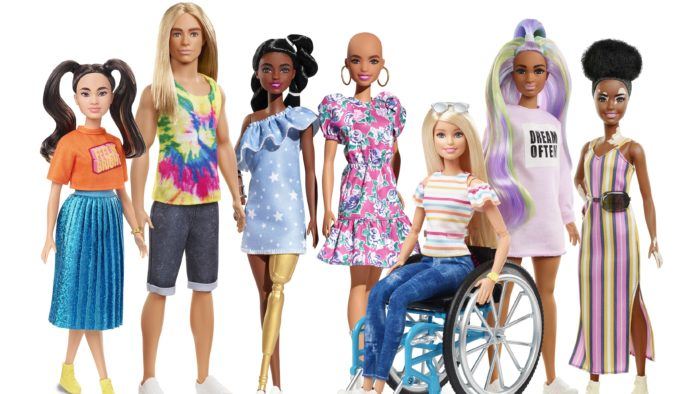 Encouraging children to be themselves and promoting acceptance and inclusivity with Superdrug's male beauty campaign.

Children love to experiment, especially with their identity. Both boys and girls enjoy experiences that allow them to play with self expression and identity exploration. However, until recently only girls were encouraged to maintain this experimentation.

Platypus conducted a piece of research which looked at boys perceptions and stereotypes, and we found that while brands are listening to and acting on the needs of girls, they are falling behind on what boys want. Boys feel it is important to be popular, which they perceive as someone who is cool and funny, and are left with a narrow idea of which behaviours are acceptable for them due to these stereotypes. As a result, they feel as though it is less acceptable for them to be who they want to be compared to girls, and need more diverse role models to encourage this. Superdrug's makeup campaign for both boys and girls, promotes acceptance and inclusivity, encouraging people to be themselves. With a rising number of male beauty vloggers and boys experimenting with makeup, as well as using social media as a creative outlet, beauty brands who are representing men are reflecting what children and young people often see in real life, and are softening stereotypes surrounding boys. 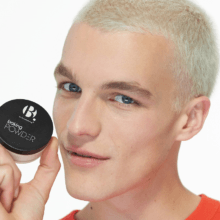 Keeping it real and moving away from 'living my best life' with TikTok.

Although on the surface TikTok looks like another social media trend comprised of an array of videos of young people dancing to the same (albeit catchy) songs, it has shifted social media's 'living my best life' landscape and transformed it into a platform where we can laugh at ourselves and not feel so pressured to portray perfection. Despite age limits, the age of children using social media platforms such as Instagram has decreased (18% of eight - 11 year olds have their own profile, according to Ofcom results), so removing pressures for young people to maintain an impossible standard of perfection in all aspects of their life is important- especially at a time when mental health is so important.

From our previous research on boys stereotypes, we found that boys felt as though it was less acceptable for them to be interested in a variety of activities compared to girls, such as singing and dancing, so it’s great to see that young people are using TikTok as a platform that they can have fun with and be expressive.

Earlier this year, the shoe company brought out a range of sensory-friendly shoes for Autism Awareness. The shoes were designed specifically for children with autism, and include a variety of sensory experiences, such as different textures, cushioned tops, and calming colours.

At Platypus, we've long speculated the importance of sensory experiences not only for children with autism and sensory processing disorders, but for all types of children, to explain various trends such as slime. Sensory experiences help with child development, but can also be used amongst children as a calming strategy. With their new range, Vans are bringing awareness to and removing the stigma surrounding the differences we have, celebrating them by making them accessible and appealing to everyone. 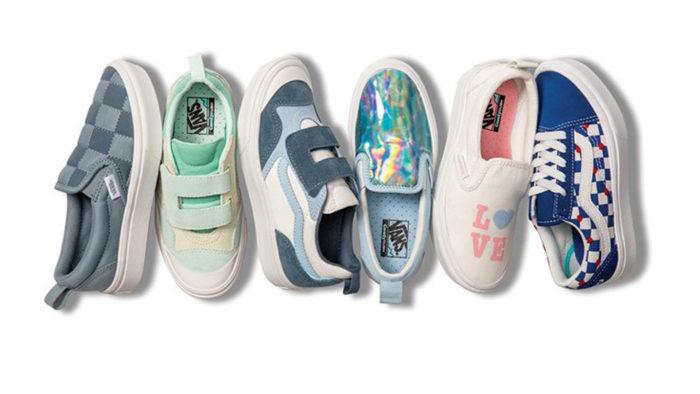 Some facts and ideas used in this article were a result of Platpus's 2016 research on boys' perceptions, attitudes and behaviours, and stereotypes. We are revisiting this research to give an updated narrative- looking at what has changed and how it has changed. Keep an eye out on LinkedIn for updates or get in touch to find out more!

Platypus Research is a global insights and innovation business for the child, youth and family market.

To receive occasional updates from our blog, latest work and insights, please sign up using the link below.